Theatrics x Spelgs presents a Soca Parang for the Christmas season 2019. The Parang explores a complex relationship between Christmas and Carnival. So catch ah vaps and catch the vibes.

Mixed and Mastered by: System32

Introduction:
I so flabbergasted , this blasted Christmas & Carnival too mixed ah mean is licks , today is Christmas or Carnival, is Christival or Carnimus Splegs I feeling too cuss

Post chorus:
So is ham and jam, soca parang, is Santa Clause with Masqueraders.
Because 'we catch catch catch ah vaps' (4)
Adlib: Christmas Morning, Carnival evening,
All in Boxing day straight into Jouvert.

2nd Verse:
Now d carnival, Christmas thing have me going mad
But I does be relll glad. Confusion and fusion
I went to d grocery, to buy ah ham and turkey, ah parang band was playing, so I stand up listening
But like I start hallucinating, cause on the box base was the midnight robber, next to him was the Dame Lorraine and damn I wanted to be her midnight lover, the blue devil playing cuatro, and all 5 of them in sync so is cuatro cinco. I turn and see the sailor boy at bay with the maracas, and last was a Veni named Maria from Caracas. 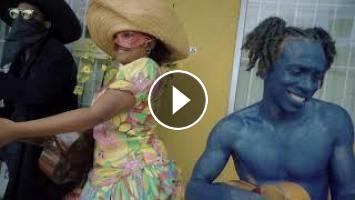 Theatrics x Spelgs presents a Soca Parang for the Christmas season 2019. The Parang explores a complex relationship between Christmas and Carnival. So...