Sex on the beach was released by many international labels: Ultra, Kontor, Universal, Avex, and many more. The single charted #1 spot on international charts and is a smash hit all over the world!

On the completion of their latest track "Party Time", Spankers were searching to add a difference to this track and their A&R Rodney Hill suggested featuring Machel Montano which worked out Amazingly and to top it off they added Fatman Scoop.

"Party Time" and the album were released on March 5th 2014 in Japan by Avex and was on Japan ITunes top 40 chart at # 5 and is still currently riding high on their charts. The tune is now being released on iTunes US on April 11th and various territories in Central America and Latin America.

"Party Time" is now on rotation on WXJX and WPTY in New York and will soon be on many more stations as the summer rolls in. A sure summer hit! 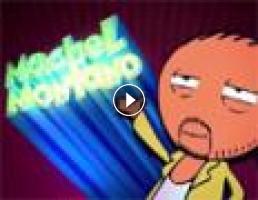 Spankers are collectively Paolo Ortelli & Luke Degree known for their big selling tune Sex On The Beach!Sex on the beach was released by many inte...